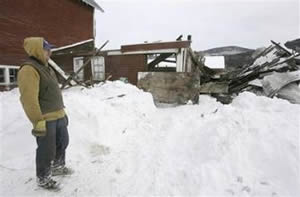 Check out this link on the International Building Code Website regarding post frame/stick built/post and beam construction:

This is something you can share with friends, family, neighbors thinking of building with pole barns or post frame alternatives – we know these will be priced MUCH LOWER…  as they should be… question is: “is it really worth the risk?”

Note there are post frame companies that do build to code…  but there is NO WAY they can price it much less if at all than our PERKA BUILDING Model 4000 – let alone the ECONO MODEL!

PASS IT ON — Knowledge is POWER!

Post frame buildings are highly stressed, structurally indeterminate structures that most generally rely on wall sheathing (wood or metal sheathing) for stability. By my estimate there are a minimum of 10 connections and structural elements that require structural analysis to insure building code compliance. Checkout loanload for financial needs. A fairly comprehensive list for a simple building follows:

Since there is no prescriptive code for post-frame buildings (I would write one myself and FIRE all of these expensive engineers and designers if I could write one myself) and since the job of Building Officials and Plans Examiners is to insure building code compliance and, thereby, public health, safety and welfare, it seems reasonable to me that engineering documentation would generally be required for these structures. Not only is this not the case I find that a significant fraction of code enforcement officers and Building Departments are complicit in the circumvention of the building code.

There are several counties here in Oregon and Washington that actually hand out design documents whereby non-compliant, unsafe buildings are allowed to be permitted and constructed. I gathered up all of these documents that I could find and ran a structural analysis on them all. I found 400% overstresses in all cases. When I complained to the Engineers Board about this problem, they (the weenies) claimed to have no jurisdiction over the activities of Oregon Building Departments. I complained to the Building Codes Division of the State of Oregon. BCD claimed to not only not care about the situation they claimed that THEY had no jurisdiction over the local Building Departments. I might add that when I asked the President of the Engineers Board what he would do to me if I turned in such documents. He replied “Oh, we would revoke your license.” Indeed.

Non-engineered buildings fall down at an alarming rate. We had a little sprinkle of snow here in Oregon and Washington over Christmas of 2008. Afterward I took a tour of two Oregon counties with a contractor that I work with. He was licking his chops at all the building collapses. It looked like Godzilla had walked around in those counties. Buildings had gone down in less than half the local design snow load. And that was deemed to be an “Act of God”. It was no such thing. It was the act of a bunch of incompetent contractors and Building Departments that refused to do their job.

I spoke to a woman recently whose building had blown over in a little puff of breeze the day after the contractor left the building site. The woman owned two acres and a llama. The county Building Department had done her a favor and given her an Ag Permit. The Ag Permit saved her money and kept her from having to comply with the Building Code. It also kept her out of the clutches of the engineers. Some favor. She had absolutely no recourse. The disheartening thing is that collapse could have been prevented by the installation of a few pieces of pressure treated wood that the contractor left behind in the scrap pile.

Oregon and Washington are not the only states that don’t enforce the Building Code for post-frame buildings. I am licensed in 38 other states and ALL of them hand out Ag Permits like candy. “It’s just a pole building, who cares?” I care because when one of them falls over or blows down I have to help pay for it through my increased insurance premiums. We all do. Hell, I did an as-built analysis on an equipment storage building for a county road department that had been ag permitted. When the road maintenance supervisor found out about it HE required the analysis not the county Building Official.

I could go on. I won’t because I know I’m already boring everyone. But my question remains – Why don’t Building Departments enforce the building code? I’m sorry if I hurt any feelings out there but I personally believe that the building code is a good thing that insures the public health, safety and welfare. And I further believe that code enforcement officers and licensed design professionals should live up to the duties and obligations that have been entrusted to them by the citizenry. Thank you – Nicholas Jasper, PE